How to Get Sponsored, Part II

So now you’ve got your ducks in a row.  You’ve got a solid mission, you’ve done your homework on your industry, you’ve maybe put together a budget.  Now it’s time to get into the nitty gritty.  This entry (Part II) is going to discuss the next three major elements of getting sponsored.

Jamie Mitchell on board in the Maldives

When I look back at how we found sponsors I realize we wasted a LOT of time and a TON of energy, and you should probably be ready to do the same.  Hopefully I can help steer you right here, but I think no matter how you proceed you’ve got to be ready for a lot of  “no’s” to get one “yes”.  For the next expedition, let’s call it for now The Best Odyssey II (this name will probably change, depending on our title sponsor) I plan to be a lot more methodical.  But it’s also going to be easier- we’ve been doing this now for over 10 years, have reams of video, thousands of images, a huge newsletter following, have been published in dozens of magazines; in other words, we’ve got history.

But it wasn’t always this way.   In the beginning we crafted what I thought was a very good 5 page pdf proposal. We’d doctor each one up with the potential sponsors logos, craft each one to fit what I though the potential sponsor would want to see and then I’d try to find a contact at said company to send it to.  Each proposal, once we had the framework completed (which took weeks) would take at least an hour to complete.  We sent out easily over 300 of them.  You do the math.  We were not once successful in getting money and successful in getting equipment or gear with about 1 in 100- or 1%.  I’d rate this an almost entirely UNsuccessful way of getting sponsors.

Our new sponsor Niviuk is going to love this one

So here’s a better way.  First use business networks like LinkedIn and Twitter to start following your industry, and more importantly, the decision makers in your industry.  For example, for the next expedition we are going to operate as sustainably as we can as this is something that is important to us.  Back in the first year of The Best Odyssey I equipped Discovery with a large solar array, which has decreased our generator run time by at least 50%- a considerable carbon reduction.  So now I’m following a number of solar and renewable/clean energy groups on LinkedIn.  Mostly I’m following just to learn, but somewhere in there I’m also going to make contacts with companies who want to showcase their products.  When I do, I’ll be ready to make our pitch (see below).

GO TO TRADESHOWS.  In one weekend at the Surf Expo in San Diego Jody and I added 6 sponsors to our lineup.  We were armed with a few kiteboarding magazines which all had covers of a pro riding a serious wave.  We got into the tradeshow with the great help of Marina Chang at The Kiteboarder magazine, who provided us with press passes.  Most surf companies had no idea what kiteboarding even was, let alone what you could do with a kite on a wave.  The magazines took care of 90% of our pitch- all we had to do was let whomever it was just flip through the pages and answer their questions.  The point is- tradeshows are a condensed arena for companies who are manned nearly 100% by marketing talent.  If you’ve got something worth sponsoring, then there is no better place to show it to a lot of people in a short amount of time.  Plus- you get to do it in person, which is in my opinion beats the phone or email by miles (as long as you can handle yourself on your feet- if you can’t, practice.  If you still can’t – find someone who can).

Cameron Dietrich rips up Micronesia- the sponsors loved this one

It worked.  We got a response was from the CEO of  Best Kiteboarding, Ian Huschle.  He said they would definitely be interested and could I send more information?  I approached Best to buy a major chunk of the boat and we lost them as a potential sponsor almost immediately.  So the plan worked- we learned a huge amount from the exchange, and we learned a lot about the industry.  We radically changed our pitch and went after the big 4; but Best turned out to be a lot more hungry and to this day I know we’ve both (Best Kiteboarding, and us) benefited handsomely from the sponsorship, and Ian and I have become lasting friends.

So, getting back to the Pitch itself.  The most important thing to keep in mind when you go to create your pitch- how are you going to deliver what the sponsor wants, which is almost surely EXPOSURE?  Here are the main ingredients for any sponsorship proposal, or Pitch, keeping in mind EXPOSURE. 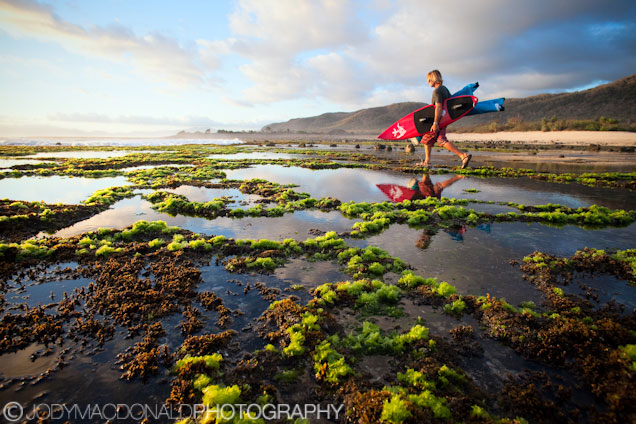 If you want to see and download our Pitch to Eddie Bauer and Niviuk, our two latest sponsors please contact me directly.  I’ll be requesting a $200 USD donation, 50% of which I’ll give to an ocean-based charity of your choice, the other $100 will go to me- we’ve got a lot of time into these packages and I think that’s a very reasonable figure to jumpstart your sponsorship quest.

In Part III I’m going to cover GEAR VS MONEY, the latter of which is of course a lot harder to get.  Please leave comments, I’d love to hear if this series has been beneficial or interesting to you.